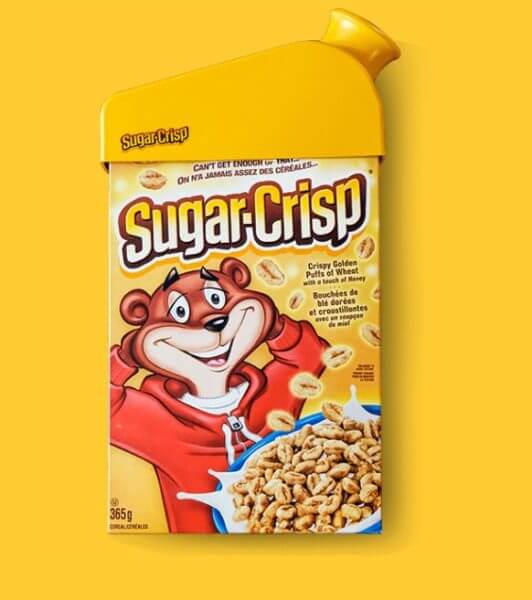 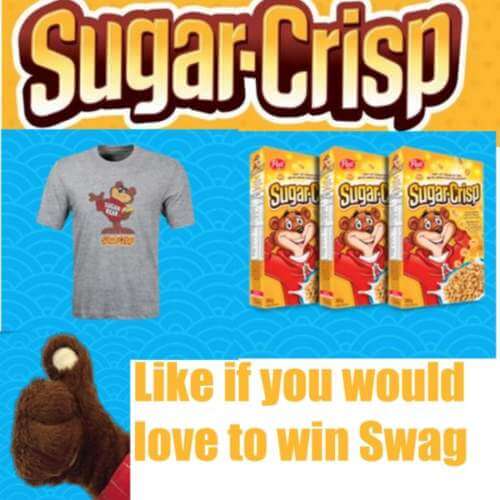 Dates of Contests for Free Spouts

The Bear Jingle ” Can’t Get Enough of that Sugar Crisp.”

Sugar Bear is the mascot for the Post Cereal Golden Crisp/Sugar Crisp. He would often appear in commercials on tv advertising these cereals.   He always played the hero or had fun with other characters on outsmarting to get his Sugar Crisps. Marilyn Denis Contest : Win $2,000 Worth of prizes for Mother’s Day 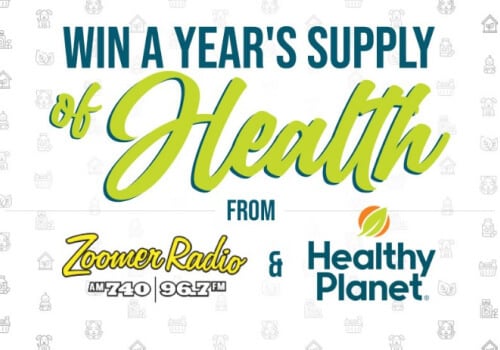