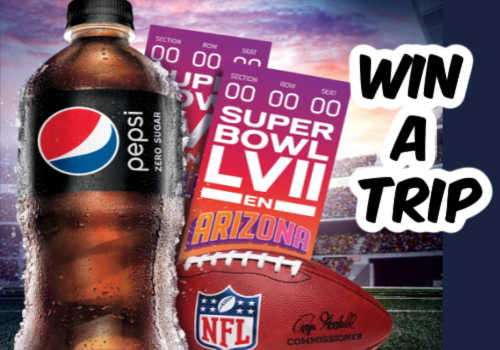 Pepsi Contest: Win a TRIP for two to the Super Bowl LVII

New Pepsi Contest for Canada! Pepsi is involved with tons of contests and giveaways during the year, they also love sports, and you can find them parting up with NHL, NFL, NBL, and more. Some of their other giveaways include specially marked products to win other prizes such as Electronics and other fun things.

Canadian free stuff has been showing you the latest Pepsi Contests for over 20 years. Let us take a look at what Pepsi Giveaways are available right now to you.

Enter to win a trip to the Superbowl LVII in Arizona!

There is one grand prize available to be won, consisting of a trip for two to attend Super Bowl LVII scheduled to be held in Glendale, Arizona, USA

The Grand Prize consists of

The approximate retail value of the Grand Prize is $13,000 CA

Limit one (1) entry per person per day.

Good Luck with this contest!

See More Contests you can enter to win instantly.

If you like this contest, check out other contests that you could win right now!

A little background on Pepsi

I’m sure that most of you are very familiar with the Pepsi logo.

Your favourite beverages contain that logo. Have you tried all the different flavors? What about the new Pepsi and Diet Pepsi with Lime?

A refreshing twist on the older version. Great for those hot summer days. Pour some over ice, and you are good to go.

Pepsi Max: contains 0 calories. Get the same taste like regular Pepsi without the added sugar and calories.

Caffeine Free Diet Pepsi: if you are looking for a beverage without caffeine, this product would be perfect for you.

Did you know this about Pepsi?

This carbonated soft drink created in 1893?

Pepsi first appeared as all lower case letters. Pepsi and then all uppercase letters. PEPSI…until they agreed on a happy medium Pepsi. That’s the version that we have all come to know and love.

It was first introduced as Brad’s Drink(Caleb Bradham was the person who made it at his drugstore). However, it changed to Pepsi-Cola in 1898. It was in 1961 that they dropped the word Cola and just used Pepsi.

In 1903 this product was sold as syrup. Have you seen the science experiment where you extract all the liquid from a cola product?

A year later, the cola was being sold in 6-ounce bottles.

He founded a new company, PepsiCola, hired a chemist to create a better beverage, set up new bottling operations, and founded Guth as president of Loft, Incorporated, a candy and soft drink chain (founded in 1919), and during legal battles.

1936-1939 lost most of her shares in PepsiCola to the new company. When PepsiCola merged with Loft in 1941, the name Loft, Inc. was changed to PepsiCola Company.

Automobile racer Barney Oldfield was the first celebrity to endorse this product, and sales started to soar.

For more interesting facts on Pepsi, Brand, be sure to visit them online. See new products as well as interesting information about other products.

If you like contests, explore all the Pepsi contests offered by CanadianFreeStuff. If not, see what free samples are available for you! 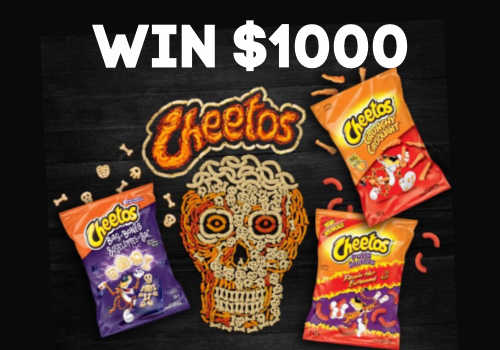 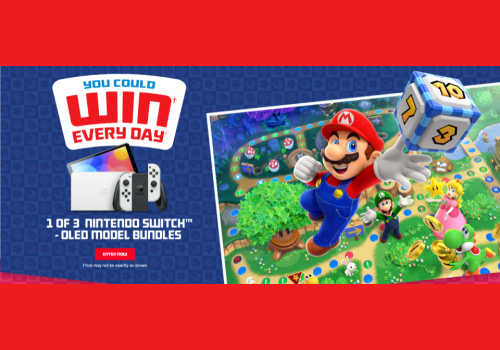 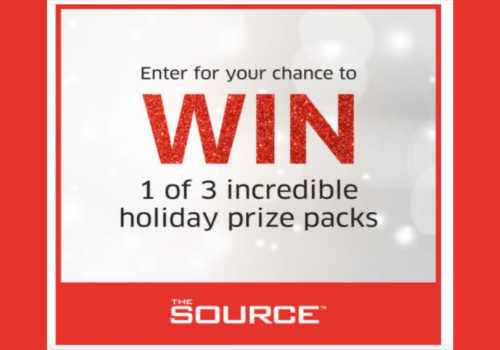 Win 1 of 3 Holiday Prizes from The Source 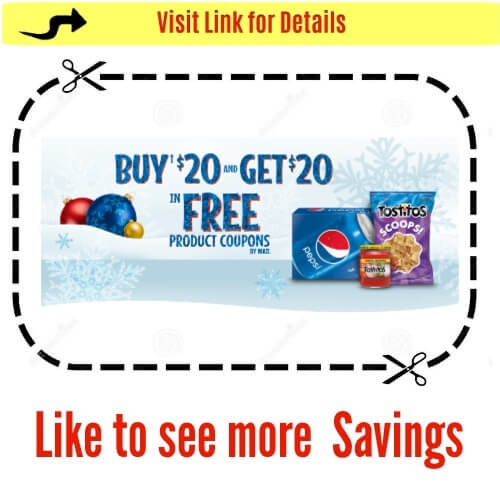 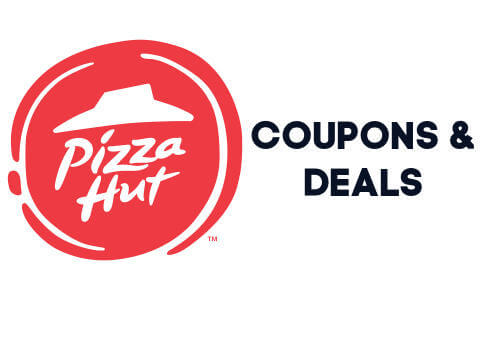 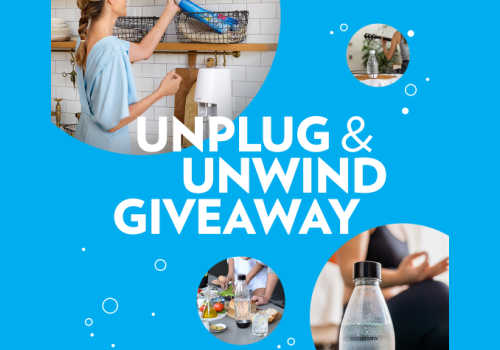