I’ve done some Tweaking on Tim Hortons homemade iced capp recipe, and although it’s not perfect like a Tim Horton‘s Ice Cap – It’s a Great Runner Up! And

The consistency of the ice at Tim Hortons won’t be the same! There’s no way to master that without a proper machine, but if you were to get shaved ice, put them in the blender with about 1/2 cup of milk at a time, and you could maybe come up with the ice.

If you’ve ever wondered what it would taste like to drink one of those white plastic domes that cover the food at Tim Hortons, then look no further. It’s called an Ice Cap Latte, and… well, it tastes exactly how you’d expect.

Tim Hortons is Canada’s largest quick-service restaurant chain, with more than 3,000 restaurants nationwide. The company is well known for specialty coffees, including lattes, cappuccinos and espresso shots, and the Canadian “Double Double” or Triple Triple.”

What is a Double-Double?

Double Cream, Double Sugar. That’s what. Think of it as the Canadian equivalent of a Starbucks Blonde Roast with two creams and two sugars (or Splenda for your health freaks). It’s coffee with enough sugar to kill an elephant.

Tim Hortons celebrates its 50th anniversary this year and is recognized as one of Canada’s most successful and respected brands. The company recently opened the doors to a new head office in Oakville, Ontario – with state-of-the-art facilities and letters from Tim Horton displayed proudly around the building – reflecting their commitment.

I was trying to figure out their iced capp recipe.

My cousin suggested putting the milk into ice cubes to get it to be more slushy like Tim Horton’s, but I have not tried it this way yet, but it is on my list to attempt.

I’ve given it a good run, and I enjoy it more “creamy tasting” rather than “sweet,” so I’ll stick more with a Double-Double style. But I love this recipe because it’s straightforward to tweak and add.

This drink has become very popular in my house, and my 1/2 pot of cold coffee is no longer going down the drain. My 16-year son prefers it to be sweeter, so he will add vanilla and flavoured cream.

Yummy in the Tummy, but probably not good for the waistline!

Here’s a great way to use your cold coffee on a hot summer day!

Add all ingredients into a blender and blend till ice is all shaved.

Throw your cold coffee into ice cube trays to get an extra coffee taste into your icecap!

I’ve made this iced capp recipe five times, using various flavours and sugar amounts. Just play with the ingredients to your taste.

This recipe is originally posted by our forum Member Wendy in our Recipe Forum.

Before reading about this homemade ice cap recipe, check out CanadianFreeStuff’s list of mail-in rebates that you can access to get premium products at a discount.

My fellow Canucks, You know what I am talking about – a Cold Iced Cap from Tim Hortons hits the spot on those hot summer evenings. If you have never had a Tim Hortons Iced Cappuccino – try one today – they are so yummy. So Americans, I know you don’t have many Tim Hortons as we do here in Canada, but it’s like your Fry Sauce – you have to have it. 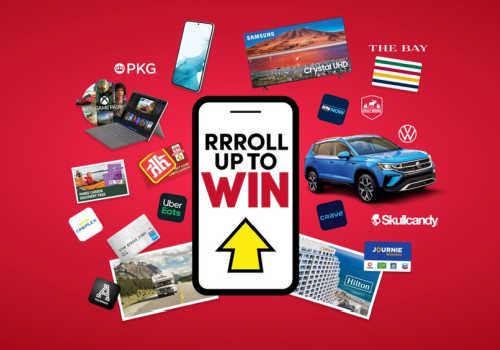